Do you like taking pictures and posting them on Instagram and Snapchat? It may be damaging to your mental health, according to the latest survey.

BBC reports Instagram and Snapchat as the worst social media platform for mental health among the youth, according to a report published by the Royal Society for Public Health (RSPH) and the Young Health Movement (YHM).

Instagram, which currently has about 500 million users worldwide, claims that they are keeping their platform a “safe and supportive place for young people with a top priority”, otherwise. Snapchat, another popular social media app which has 301 million active users, is also considered damaging to the youth’s mental health.

The survey asked 1,479 young people from ages 14 to 24. The participants rated the popular apps on issues like anxiety, depression, loneliness, bullying and body image. YouTube was considered to have the most positive impact on mental health, while Snapchat and Instagram had the lowest rating. However, Instagram was rated as positive in terms of self-expression and self-identity.

RSPH said in the report that the two social media platforms are the “most detrimental to young people’s mental health and well being.”

You may also read: 3 Ways Your Smartphone Destroys Your Relationships According to Research

Shirley Cramer CBE, Chief Executive of RSPH, said social media had been described as more addictive than cigarettes and alcohol. She also further stated that there may be potential harm with long term usage of these social media apps. 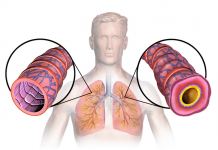 Things You Need to Know About Asthma

Things You Need to Know About the World’s #1 Killer: Coronary Heart Disease 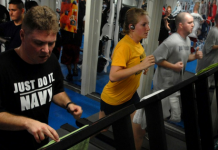 You Must Read This

Study: Nightmare May Be A Sign of Serious Mental Health Problems

This Simple GIF Could Reveal Whether You Need Eyeglasses or Not

9 Things Your Eye Color Says About Your Health and Personality